How financial institutions will feel the effect of inflation in 2022

In a decade packed with seemingly once-in-a-generation events, inflation has still managed to make news headlines in recent months, reaching levels not seen in the UK for 30 years. While initial economic forecasts of 2022 predicted inflation would peak at 6% in the first part of the year, prices continue to run hot, with economists (at the time of writing) forecasting inflation to reach 7.25% by April before levelling off.

Inflation is likely to continue to have an impact on financial institutions throughout the remainder of 2022. It’s among our clients’ top-three concerns this year. As prices have risen on everything ranging from energy to mortgages – and interest rates have begun to increase after a prolonged period of inexpensive borrowing – we can expect some twists and turns ahead as efforts to stifle inflation continue. Meanwhile, there will be a range of effects for financial institutions.

From a risk perspective, the effects for insurance companies could be very broad and varied. The cost of handling claims will increase, but asset managers tend to do quite well during periods of inflation. However, those with fixed income portfolios tend to be negatively affected. As interest rates go up, older bonds become less valuable than new ones on offer.  This has led to the worst quarter in the last half century for the US Government bond market, with a large selloff of bonds seen owing to the diminished value of those pre-existing bonds in circulation.

For banks, inflation can have a negative impact on credit quality. High numbers of tracker mortgages can impact affordability for borrowers (i.e. as interest rates go up, so do borrowers’ monthly payments), ultimately impacting the banks’ non-performing loan portfolio, and stifling loan growth as the cost of borrowing increases for customers. In addition, inflation is likely to impact the cost of banks’ funds, increasing the cost of wholesale funding or of paying depositors. Savings interest rates will ultimately increase, which will put pressure on profit margins. At a time when costs are increasing and borrowing is becoming more expensive than it was, consumers may also be more likely to turn down an offer of increased borrowing – or restrict spending on credit cards – which will impact banks in turn.

It could make for a bumpy 2022. The increase in inflation has been exacerbated by supply chain issues and those challenges are continuing in the wider economy. We’re still feeling the effects of the calamity in the Suez Canal last year, as well as of pandemic lockdowns.  More recently, commodities’ prices have shot up, causing energy bills for businesses and consumers alike to skyrocket, meaning surplus capital and disposal income for these respective groups have lessened.  These events have created somewhat of a ‘perfect storm’ leaving many businesses struggling with supply-chain woes and, in turn, an increased likelihood of cash-flow problems and the potential rise of insolvencies.

Insolvencies, which have been on the rise since the start of the pandemic, could then have a knock-on effect on insurance claims. The current environment could cause businesses to become stressed, load themselves up with debt, leverage government support and file for extensions with Companies House. And this, unfortunately, is only likely to delay the inevitable. As government support is withdrawn, cash runways for many businesses will be diminished, leading to more insolvencies through the remainder of the year. 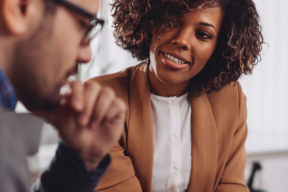 Subscribe to The Knowledge for a no-nonsense view into the latest research and trends before it makes its way to our blog.

We will only use your email address to send you this newsletter. You can unsubscribe at any time. Privacy Policy

This website uses cookies to improve your experience while you navigate through the website. Out of these cookies, the cookies that are categorized as necessary are stored on your browser as they are essential for the working of basic functionalities of the website. We also use third-party cookies that help us analyze and understand how you use this website. These cookies will be stored in your browser only with your consent. You also have the option to opt-out of these cookies. But opting out of some of these cookies may have an effect on your browsing experience.
Necessary Always Enabled
Necessary cookies are absolutely essential for the website to function properly. This category only includes cookies that ensures basic functionalities and security features of the website. These cookies do not store any personal information.
Non-necessary
Any cookies that may not be particularly necessary for the website to function and is used specifically to collect user personal data via analytics, ads, other embedded contents are termed as non-necessary cookies. It is mandatory to procure user consent prior to running these cookies on your website.
SAVE & ACCEPT